Most people will either have flown or seen a Quadcopter type drone being flown about. But how many of you are aware that drones present a hazard to aviation and are subject to the law through the Air Navigation Order?

What is meant by the word ‘drone’? The public and press use the phrase for almost anything that flies and does not have a pilot. This article and the use of the phrase ‘drone’ focuses on those systems that are affordable, commercially available and weigh no more than 20kg, though the majority weigh considerably less.

Most of the commercial drones come in the form of Quadcopters, Hexacopters or even Octocopters, and vary in price and capability. At the bottom end of the market are models that are simply toys, small very lightweight, with limited range and endurance. About £100 will get a Quadcopter with a camera, whilst not of ‘professional’ quality these drones can weigh in the region of 1kg and can have a range that takes them beyond the operator’s line of sight. For several hundred pounds, you can purchase a drone which has full HD video, a range of beyond 1km and decent battery endurance. These drones weigh in the region of 3kg, perhaps more if purpose built or exceptionally capable. Almost all of these drones, with the exception of the very small toys, have the capability to fly to several thousand feet.

In addition to the standard drones – controlled by a hand held 2 stick controller and operated by eye, increasingly there are those which are operated by what is called ‘First Person View’. This is where the operator will fly the drone using a normal controller but will be viewing images transmitted by the drone either through a set of goggles or on a screen.

It ought to be mentioned that legally, model aircraft are also considered drones. These range in size from small light weight models to gas-turbine powered scaled replicas – capable of very fast speeds and weighing close to 10kg.

Drones are readily available on the high street and internet, and are being sold in their thousands, and it is not hard to see why. Not only are they affordable and capable, but they are great fun to fly or operate, and have great utility. Whilst most people use them for personal recreation, they are also very popular with photographers and those that use photography in their business, like estate agents or the media. Those who work at height now use them to get information before climbing or instead of climbing, survey companies use them and large parcel delivery companies have an aspiration to use them for deliveries.

So, drones are here to stay, but what is the problem? In simple terms, for the vast majority of drone users, there isn’t one, but there are those who operate their drones too high or too close to airfields. In 2016 there were over 50 reports from pilots of commercial airliners that their aircraft had almost hit a drone. Military aviation is not immune, there have been near misses with Chinooks at Benson and Odiham, likewise for fixed wing aircraft at Cranwell, and in 2016 a Navy Lynx at 2000ft missed a drone by an estimated 30-50 feet. Whilst there is work ongoing within the aviation industry to fully understand the implications of a drone hitting an aircraft, it doesn’t take much imagination to understand the likely consequences of 3kg of metal and plastic, including the lithium-polymer battery, hitting a helicopter windshield or, perhaps worse, the tail rotor at 100mph. Likewise for a fixed wing aircraft but at greater speeds, hitting the canopy or disappearing into an engine intake. So if you or members of your family are one of the many owners of a drone, or are thinking of buying one then you need to read on.

If you are using a drone for personnel use then you are governed by the Civilian Aviation Authority (CAA) Air Navigation Order 2016, specifically Article 241 (endangering the safety of any person or property), Article 94 (small unmanned aircraft ) and Article 95 (small unmanned surveillance aircraft). This is the law and you can, and individuals have been, prosecuted for breaking it. The new Drone Code is available to download at http://dronesafe.uk/ along with a useful Drone Assist App created by the CAA and air traffic control body National Air Traffic Service (NATS) to help individuals understand their responsibilities.

Essentially your responsibilities are:

to know how to fly your drone safely, and do so within the law

to understand that the operator is legally responsible for every flight

not to fly your drone over a congested area, never fly within 50 metres of a person, vehicle or building not under your control

avoiding collisions – you should never fly a drone near an airport or close to aircraft. It is a criminal offence to endanger the safety of an aircraft in flight

There are several other things to think about – what is your drone going to do if it runs out of power or fails? Is it going to land/fall somewhere safe? Are you far enough away from people, buildings and more importantly airfields if you lose control of your drone? Also bear in mind that you can be several miles away from an airfield and still be a hazard to manned aviation. Height is very difficult to judge from the ground, you might still be able to see your drone, just, and yet be well above 400ft. You should also consider that many military helicopters will often return to an airfield from all directions at 500ft and fixed wing aircraft can start descending from 1000ft about 3 miles away. So the message is this – if you are going to use drones, have a really good think about where you are, keep your drone in sight, consider what aircraft might be flying about and keep clear – it is your responsibility.

In summary, drone technology is extremely useful, great fun to use and is here to stay. But used wrongly it does pose a genuine hazard to manned aviation, so make sure you know the law, stay within the law and fly safe.

10 things you need to know about flying drones

it is your responsibility to fly safely and within the law – if you don’t (and individuals have been) you could be prosecuted.

never fly a drone near an airport/airfield or close to aircraft. It is a criminal offence to endanger the safety of aircraft in flight

keep your drone in sight and below 400ft

do not fly over congested areas and never fly within 50m of a person, vehicle or building not under your control

ensure any images obtained do not break privacy laws

if your unit wishes to buy a commercially available drone for Defence activities (photographs, multimedia, and surveys at height) it becomes regulated by the MAA and you must follow their rules

finally, Follow the Drone Code, have fun and fly safe

This article has been taken from 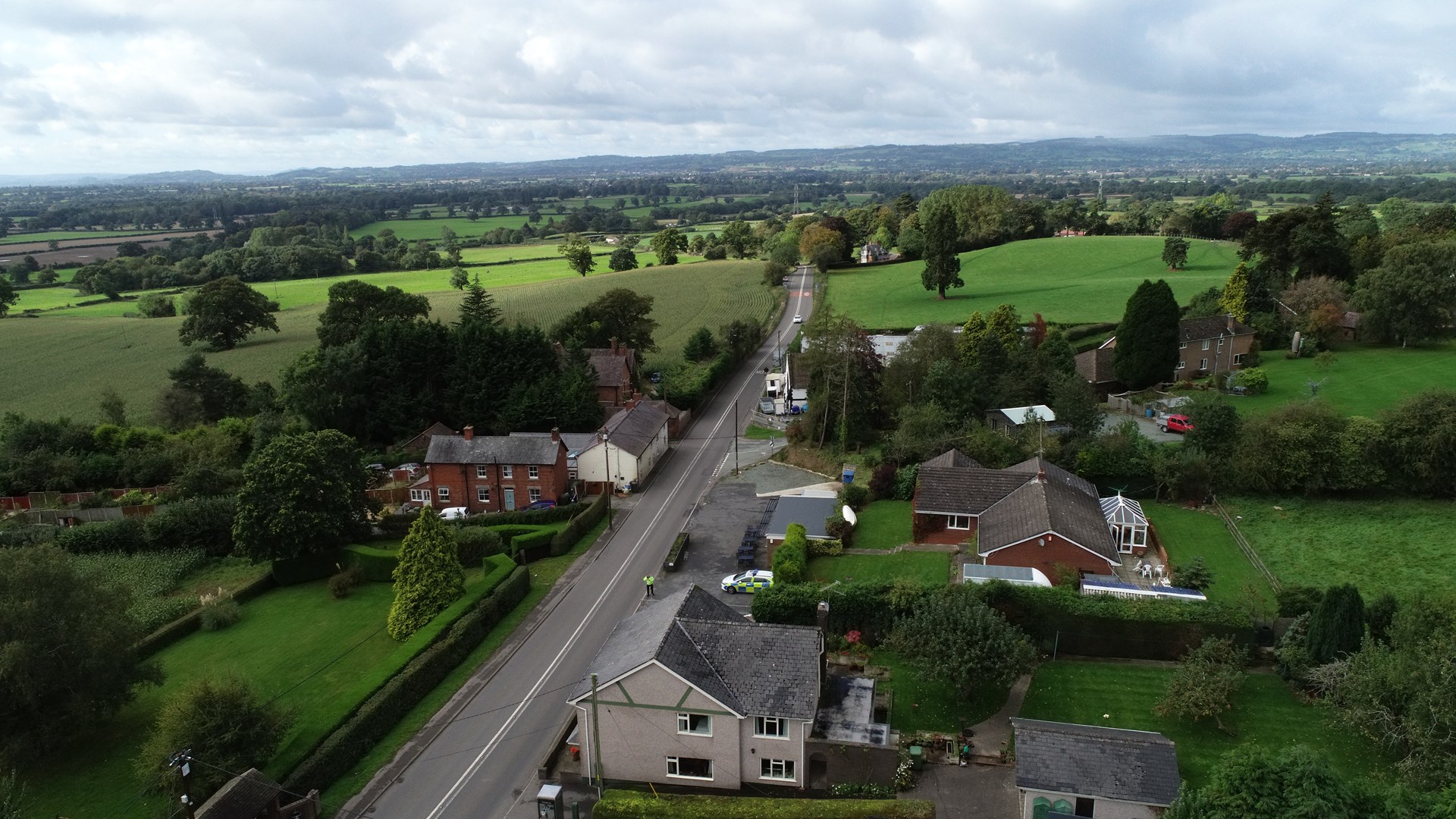